Jio dominated the auction. Jio has bought the highest 5G spectrum. If you are thinking about Jio’s 5G rollout plan, then you have come to the right place. Today we have covered the Jio 5G India launch date, its 5G band support, list of cities where Jio 5G will be launched. In the 5G auction organized by DoT, Jio bagged a 24.7GHz spectrum for Rs 88,078 crore.

Latest Update – Mukesh Ambani, announced that Jio will ensure to offer “the highest quality and most affordable rates that anyone else has in the world.” The telecom operator is promising to offer 5G to each corner of India by December 2023.

After launching JioPhone 4G, Reliance is planning to launch a new JioPhone Next 5G in India soon. Although the company has confirmed that it is working on an affordable 5G smartphone, it is yet to reveal the launch date. Since Independence Day is around the corner, there is a good chance that Reliance may release the smartphone soon. 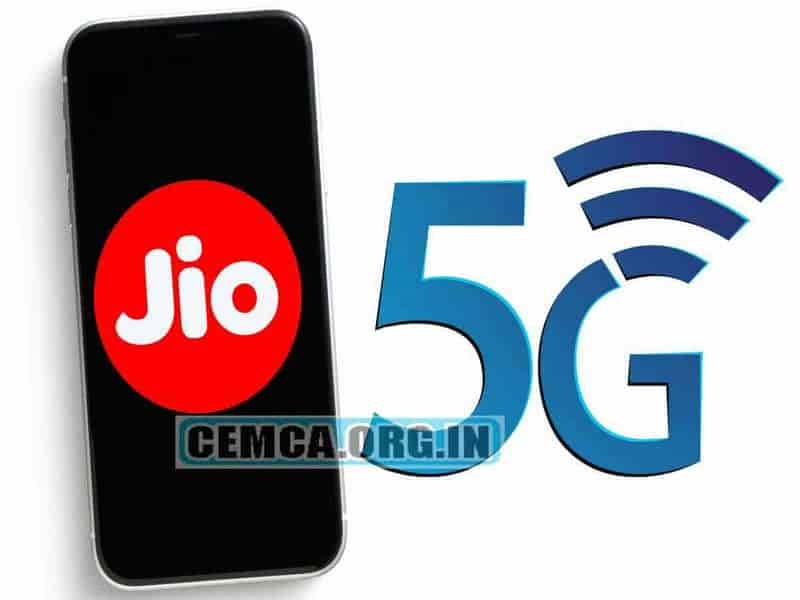 When is Jio 5G launching in India?

Jio 5G launch date in India is not fixed as each telecom operator will have its own unique strategy to kickstart India’s 5G journey. According to Telecom Minister Ashwini Vaishnav, 5G spectrum assignment letters have been issued, which means we will see Jio 5G services go live in India in late August or early September. As Jio 5G is rolled out in Indian cities, the tariff plans are expected to be priced higher initially and telecom operators like Jio and Airtel are expected to charge a premium for high-speed connectivity.

According to industry experts, the price of Jio 5G recharge plans in India could be 20-40% more than the existing 4G plans. Despite this, it is also expected that telcos like Jio and Airtel will try to woo customers with attractive plans to increase their 5G user base. It will be interesting to see how Jio, Airtel, and Vi price their 5G tariff plans and whether it will be a combination of high-speed connectivity at a premium or an affordable data plan with limits.

Previous reports have indicated that the Jio 5G plans could be priced similarly to the 4G plans. It was said that the 5G plans will not cost more than the existing 4G plans. However, the final cost will be known only at the time of the launch of these services. Telecom companies may offer prices similar to 4G to attract customers and encourage upgrades to next-generation mobile networks. The premium will increase once the network has wide availability with the established data speed.

As per existing reports, Reliance Industries Limited (RIL) will deploy sub-6GHz and mmWave networks in the country. Sub-6GHz networks will offer a longer range than mmWave, providing faster speeds at the cost of a shorter range. Also, it is said to be testing a variant called 5Gi, a technology developed by IIT Hyderabad and IIT Madras, but details on the same are scarce. Considering that Reliance Jio offers relatively cheap 4G plans in comparison to Airtel and Vi, we can expect the telco 5G tariffs to beat the competition in terms of cost as well.

As the previous JioPhone came with a customized version of the Android operating system, the next JioPhone is also said to run on the new version of the Android 11 Go version. As far as the Reliance JioPhone 5G launch date is concerned, the smartphone is said to arrive later in 2023. The smartphone costs around Rs. 10,000 in India It is important to note that all the information about Reliance JioPhone 5G is exclusively reported by Android Central.

As far as the price is concerned, the smartphone could be available between Rs. 10,000 and Rs. 15,000. Still, none of the information is confirmed by the company and hence, readers should take it with a pinch of salt. Reliance is going to release the smartphone soon as 5G is coming soon in India. Several telecom companies like Airtel, VI, and Jio have been conducting trials in the last few months and now, the 5G spectrum has also been auctioned.